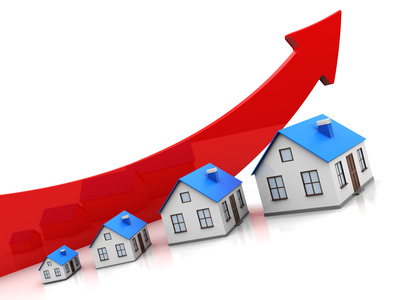 WASHINGTON (May 26, 2016) — Pending home sales rose for the third consecutive month in April and reached their highest level in over a decade, according to the National Association of Realtors®. All major regions saw gains in contract activity last month except for the Midwest, which saw a meager decline.

The Pending Home Sales Index,* a forward-looking indicator based on contract signings, hiked up 5.1 percent to 116.3 in April from an upwardly revised 110.7 in March and is now 4.6 percent above April 2015 (111.2). After last month’s gain, the index has now increased year-over-year for 20 consecutive months.

Lawrence Yun, NAR chief economist, says vast gains in the South and West propelled pending sales in April to their highest level since February 2006 (117.4). “The ability to sign a contract on a home is slightly exceeding expectations this spring even with the affordability stresses and inventory squeezes affecting buyers in a number of markets,” he said. “The building momentum from the over 14 million jobs created since 2010 and the prospect of facing higher rents and mortgage rates down the road appear to be bringing more interested buyers into the market.”

On the topic of mortgage rates, which have remained below 4 percent in 16 of the past 17 months1, Yun says it remains to be seen how long they will stay this low. Along with rent growth, rising gas prices — and the fading effects of last year’s cheap oil on consumer prices — could edge up inflation and push rates higher. For now, he foresees mortgage rates continuing to hover around 4 percent in coming months, but inflation could potentially surprise the market and cause rates to increase suddenly.

Adds Yun, “Even if rates rise soon, sales have legs for further expansion this summer if housing supply increases enough to give buyers an adequate number of affordable choices during their search.”

Following the housing market’s best first quarter of existing-sales since 2007 (5.66 million)2 and a decent increase (1.7 percent) in April, Yun expects sales this year to climb above earlier estimates and be around 5.41 million, a 3.0 percent boost from 2015. After accelerating to 6.8 percent a year ago, national median existing-home price growth is forecast to slightly moderate to between 4 and 5 percent.

The National Association of Realtors®, “The Voice for Real Estate,” is America’s largest trade association, representing 1.1 million members involved in all aspects of the residential and commercial real estate industries.